The crab soup contest at EMBC was once again a huge success this year. This year’s event was in an effort to raise money for the flood victims on Main Street in Historic Ellicott City, MD. Overall there were 9 entrants that were mostly either a standard Maryland crab soup or a cream of crab soup.  The Judges were given samples to taste in a predetermined order and then graded the soups on such items as appearance and taste.

For the spectators, there was a raffle with proceeds going to the flood victims.  When the contest was done, everyone at the bar was allowed to sample as much as they wanted of the remaining soup.  I made sure to get a sample of all that was available while enjoying some of the great beers the brew on premises.  Kelli Habicht (top row, second from left in group shot) won the overall contest and the Guitar signed by the members of the band Drive By Truckers.  The big prize for the raffle was a box of beer and wine. 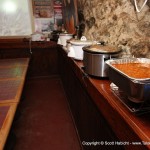 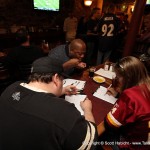 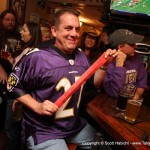 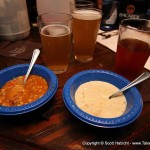 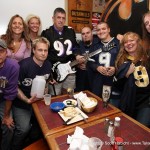 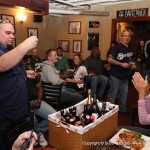